A very appropriate autumn turned into an unusually warm November. As was the case last year, it had me wondering if we could have squeezed a little more out of the garden or started another project that will now be pushed until next year. However, we’ve had our hands full, so I think we made the right decision. The cycles of death and rebirth seem unchanged by the odd weather, so we likely shouldn’t change our schedule either. And as I update this on the 21st, the frigid cold has returned (we’ve gone from 74 to 18 degrees in one week) so who am I to second guess nature?

As far as meat birds go, we were down to two broilers and the turkey this past weekend. The turkey has grown in size, and unfortunately, also on me. With over 20 meat birds, they didn’t have much individual character, but the turkey that thinks it’s a chicken is certainly a character. Having put stalls up in the barn I spent many hours with him nearby over the past few weeks as he tends to hang in there most of the time. So, naturally (and unfortunately) I started talking to him.

Nothing too deep, but I think I humanized him a little more than I should have. It’s still a strange concept to get used to. Ag is so different from hunting /fishing for food (which I do support). Unlike the latter we are more than JUST the executioner. We put this labor in to the birds – building the coop to protect them from coons and coyotes, changing feed mixes, walking through the cold dew every morning when we’re already late to work to give them free range – and then we snuff them out.

Unlike every other part of farming, the slaughter never feels too natural. Perhaps it’s more proof than I like of how fragile life is. If you do it right, it’s over quickly. Very quick. It makes me think of the words of Homer Bannon: “It don’t take long to kill things. Not like it does to grow.”

True, old man. Still, like Homer’s beloved cattle, the bird was bred to be dead. His genes predicted this fate long before I did and even if I’d pardoned him, his biology wouldn’t be as forgiving. Actually, upon dressing the turkey it turned out to be female, but I’ll continue to say “he.” I’ll try and feel happy about his life, and not focus on his demise. In many ways I feel positive. I’ve been washed in the blood of the Turkey – my sins against food forgiven. Around the table this year I will be the personification of both the compassionate carnivore and the conflicted omnivore, but I won’t shed a tear. We’ve eaten Turkey every year of our lives… the only difference is we did all the work, even the hardest part. I don’t see how it was more noble to simply let others do it.

I think this year was a great test of what we’re made of. We’ve given and taken away. We’ve razed and built anew. Torn down walls and then put them back up. We’ve even joined the circle of life ourselves in a very special way.

When we want to be thankful this year – or proud, or impressed or relaxed or motivated – all we have to do is look out our kitchen window. It’s an incredible feeling and one I wish on everyone in their lives. Most of all I’m thankful at how right we were that this was the life we wanted. I can’t imagine going back now. In my life I was never person you could call content and in some ways I’m still not. But with Kate, I know we want to live on this land and grow things on it and bleed on it until we’re in the dirt ourselves. Given, and taken away… In the end, we’re not that different than our dinner.

“Happens to everybody. Horses, dogs, [Turkeys], men. Nobody gets out of life alive.” 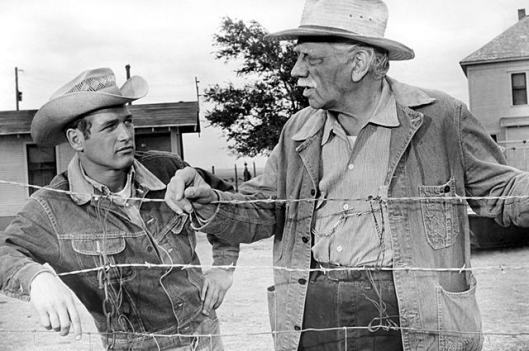 I’ve never been a big pie person, usually sticking to cakes and ice creams. However this year, with a local apple orchard a few towns over and some time on our hands, pie season it is and boy is it scrumptious! END_OF_DOCUMENT_TOKEN_TO_BE_REPLACED

Well it happened. We have had two nights with a frost. I know there is still more gardening possible and planting for over-wintering can be done but for us, the first frost is time to clean up the garden. It’s also time to harvest our brussels spouts! END_OF_DOCUMENT_TOKEN_TO_BE_REPLACED

We have our wonderful grape vines that have amazingly survived and are producing. Out of the four original plants, last year we only had one produce leaves and grapes. This year, that one gave us grapes, but two others started sprouting green leaves again. No fruit on them this year but hopefully next year. END_OF_DOCUMENT_TOKEN_TO_BE_REPLACED

With so much Kohlrabi and not a huge fan of slaw, I decided to try making chips out of them…Here is what I did.

END_OF_DOCUMENT_TOKEN_TO_BE_REPLACED

We butchered the first two of our chickens this weekend and while we may do some more in-depth posts in the future on the actual process of slaughtering, eviscerating and butchering, this entry is more about the experience as a whole. I’d rather explain that because there is no shortage of far better online tutorials and books than anything this novice could explain. This is once case where getting the details from me would be a bit of Xerox, with you losing a little of the quality of the information. END_OF_DOCUMENT_TOKEN_TO_BE_REPLACED

Although our radish’s bit the dust our beets turned out fabulous! Some of them grew to the size of a baseball! So now what. What in the world do you do with so many beets? END_OF_DOCUMENT_TOKEN_TO_BE_REPLACED

We struggle with commitment, even to things we enjoy. For us, it’s usually because we take on too much. We think we can do everything and we’ll both have the time and desire to put 100% into everything we try. That doesn’t always happen though.  END_OF_DOCUMENT_TOKEN_TO_BE_REPLACED

Rhubarb is not a vegetable nor is it a fruit. It is simply a plant. A form of vegetation is all. But it is in fact a plant we eat. I personally never tried eating it until I reached the ripe age of 30. Joe and I stumbled among some at a farmers market and decided to try making a pie with it. 7 cups of sugar later and a runny liquidy mess, the pie was awful! END_OF_DOCUMENT_TOKEN_TO_BE_REPLACED

I love love love avocados!! I love eating them straight up, I love guacamole, I love them in salads..the love is endless. But what I do NOT love is how quickly they turn brown and gross.

I read somewhere that if you rub a bit of olive oil on your cut avacado and wrap it up tight in an air tight container it won’t brown as quick. END_OF_DOCUMENT_TOKEN_TO_BE_REPLACED